On Tithing: How Many Churchgoers Tithe?

While I’ve said before that facts are friendly, sometimes they aren’t pretty. When it comes to what percentage of churchgoers tithe (or give at least 10% of their income to charity), the latter definitely applies.

(and if I recall correctly, the Barna Group recently had a study putting it as low as 3%).

Well, what about the remaining 95%?

While these numbers aren’t surprising, these statistics tell us the same thing as the ‘only 5% tithe’ number: There’s still plenty of room to grow.

While it’s tempting to be cynical over the 50% who give more than zero but less than 2% it does show that people were motivated to give something and that something is what we’re continuing to hone in on.

Usually the majority of people aren’t motivated to give for the right reasons, at least not at first. In our stewardship ministry we should strive to move the question from ‘what’s in it for me?’ to ‘who can I bless?’.

The current stats show that most of the sermons and teachings on tithing - the emphasis on the Biblical obligation, the hope that people will somehow figure it out for themselves, etc.—they aren’t working. This is disappointing for a number of reasons: not only for the way this limits the church’s ability to spread the gospel, but also for the way this limits the spiritual development of those who are missing out on the joy, fulfillment, and richness that can only manifest in your life when you are following God’s path of stewardship. We recommend lay speakers as a way of helping everyone see how the church community has made an impact in their lives.

However, this also means that there’s lots of room to grow, and that if we pursue stewardship with the right approach and a Biblical and prayerful community heart, the harvest and the blessings can be rich. 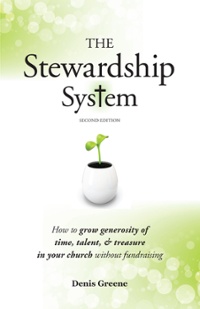 The numbers on tithing may be grim, but don’t lose heart. We put our hands to the plow in teaching true stewardship and turn our prayerful hearts to God, He can change any statistic.

For practical strategies about growing the culture of generosity at your church, check out Denis Greene's book.