Should a Pastor Know Who Tithes?

Rarely have we heard a more controversial question than this. While some denominations tend to have a common answer around this issue, all three pastors quoted are from the same denomination:

The diversity of these answers show this isn’t such an easy issue as it might appear.

Reasons for the pastor NOT to know.

Reasons for the pastor TO know.

With the percentage of regular tithing families shrinking, this question matters. I would argue that it’s helpful for the pastor to know the details of her/his congregation's finances. Pastoral knowledge of members’ contributions will always be a sensitive issue…so the pastor has to handle such information with grace, understanding, respect and integrity. Here’s why I suggest that churches would be better off if pastors know how much members are giving, and if members know pastors know.

There is one story about a pastor who himself was unaware of the giving histories of parishioners, even though his wife was the church’s financial secretary. The wife was scrupulous about not divulging any financial information, but the pastor couldn’t help but notice her reaction when certain members were critical of budgetary decisions, or wonder about her admiration for some relatively quiet, low-profile members. The pastor soon realized his wife knew things about the congregation that would be helpful to him and to the church.

There are other reasons too.

For one thing, the pastor can pay closer attention to members’ spiritual health. One of my colleagues compared not knowing to a doctor not knowing a patient’s blood pressure. That’s a great point. Gratitude, generosity, commitment and obedience—all reflected in faithful giving—are strong elements of spiritual vitality. If a pastor is missing this important information, understanding members well is impossible.

Then, the pastor can offer timely and effective care to church members in need. Davis lists several family crises—from the burden of college tuition, to job loss, to marriage failure—for which Declining contributions can provide an early indicator of family crises and allow more sensitive pastoral ministry.

Third, intimate knowledge of congregational giving enables the pastor to provide strong leadership as the congregation faces financial challenge. For example, knowing key givers are aging and understanding patterns of pledging can enable the pastor to “help shape the conversation” about the church’s finances and members’ stewardship.”

And, there is another reason for pastoral knowledge. A pastor who knows members’ giving history can hold them accountable and invite them into deeper discipleship. This must be done gently, with love and respect, and accountability should be implemented for spiritual growth, not punishment or shame. Introducing the idea of proportionate giving can be a good way to get started. Accountability provides a key ingredient of discipleship and maturity.

Apart from the above, there is another perspective about pastoral knowledge.

"The church is the only nonprofit on the planet that does not want its leader to know everything he or she can about how the nonprofit functions and pays its bills," writes Christopher in Whose Offering Plate Is It? (Abingdon Press).

In the book, he offers a plan for moving congregations away from the practice and writes, "Be sure that your leaders understand that your knowledge of giving is a spiritual diagnostic tool that you must have to be effective."

A pastor choosing not to know, Christopher continues, "constitutes clergy malpractice. ... It is well known that how one gives is one of the best indicators of the condition of a person's soul. If a person is not giving, you can just about take it to the bank that Jesus Christ is not the Lord of his or her life."

Are there valid reasons for choosing not to know? Yes, it may depend upon the pastor. For instance, one pastor says that he tells the congregation that, as their spiritual shepherd, he intends to lead them "without fear or favor. But I found, early in my ministry, that promise was hard to keep when I reviewed people's giving record. It made too much of a difference in how I felt toward some people, especially those who talked much about what the church should be doing but gave little or nothing to get it done."

Ultimately, the best way to foster a culture of greater transparency around giving is to talk about it more, notes Ann A. Michel, associate director of the Lewis Center and lecturer in church leadership at Wesley Theological Seminary in Washington, D.C.

"Pastors and other key leaders can model the way by openly discussing how much they give and why," Michel said in an article at www.churchleadership.com. "This sharing should be done in thoughtful and appropriate ways, of course. But when we share testimonies about our giving, when we take encouragement rather than offense when someone learns about our generosity, we teach and inspire others about the importance of faithful giving."

Michel said that the "conspiracy of silence" around money and giving in local churches is contrary to responsible stewardship. "Accountable discipleship requires that we be far more honest and transparent around everything having to do with faith and money," she said. "And being a bit more open about our giving and a little less uptight about who knows are good steps in that direction."

Frank Robert, associate director of the Mid-Atlantic United Methodist Foundation, teaches stewardship classes throughout the region. This question, he said, comes up "all the time."

The answer, he said, has been changing over the years. The Mid-Atlantic Foundation has put together a two-year intensive financial academy for pastors. They teach that pastors need to know, and should know, what a parishioner gives.

"Me, personally, I think (knowing) is one of the measures of Christianity," Robert said. "If your giving changes, I think the pastor needs to know that."

Changes in a person's tithe, he said, could alert the pastor to other, perhaps more serious, issues in a person's life. "Is Frank on drugs? Is there a divorce going on? Did he lose his job? What's going on?" he said. "It's a great sign for the pastor to know, or, at the least, to be alerted to the fact that Frank's giving changed."

Robert understands that people don't want to flaunt their giving and that is something Jesus taught. At the same time, keeping a person's giving "just between them and God" isn't very effective, he said.

"You don't take your money and just throw it directly up to heaven," Robert said. "It doesn't work that way. When you give, someone in the church is counting your money; you're claiming it off your taxes."

Underlying all this is the understanding giving is a spiritual discipline, something that reflects one's relationship with God. We need to teach this generation, and the next too, about giving. Some of the older generation understands it as a spiritual practice, but unless we teach this to the next generation, we're going to lose it.

What is your perspective? Leave your thoughts in the comments section below! 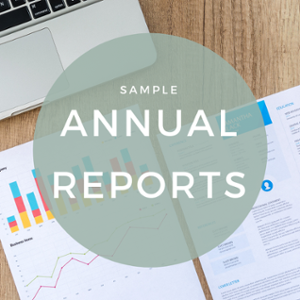 For more information about financial transparency in churches download a few sample annual reports that some of our friends have offered for us to share. See a variety of ways to share budget, expenditure, and volunteer information. An annual report can continue your ministry to educate members on stewardship and discipleship.