An article in the June 2019 Sojourners raised the issue of proportionate giving. It’s a timely topic.

First of all, what about tithing? Strictly speaking, tithing means giving 10% of something for the use of the church. The ‘something’ is debatable. It could be your harvest, your flocks, your gross income, your net income, your assets, etc. While mentioned in the Hebrew Bible, tithing isn’t defined in the New Testament nor is it suggested there as a norm of giving. Nonetheless, many Christian churches use the term and/or encourage tithing as the ideal, some in the sense of the 10%, others just as a shorthand for “your contribution.”

Accurate measurement of the number of American church-goers who actually contribute 10% of their, say, net income is hard to come by. Estimates run from 3% to somewhere around 10-15%. Regardless of the exact number of 10 percenters, everyone agrees that it’s low. As a result, many pastors and stewardship committees feel that tithing (i.e., 10% of income) sets an unrealistically high bar for donors who want to give generously but may feel they can never reach the goal.

Enter proportionate (or proportional) giving, of which there are several flavors. One flavor continues to use 10% tithing as the goal, while acknowledging that most donors are giving less than that but encouraging them to try to annually increase their proportion of the 10%. For instance, members who’ve been contributing 3% of income are encouraged to move to 4% next year, and 5% the year after. Younger persons, without a history of church giving, are encouraged to prayerfully pick a percentage that they think will work for them and try it for a year, with the expectation that next year, they’ll be able to increase it a bit. The idea is that 10% giving remains the goal, but that it will take time, encouragement and the experience of giving to attain it.

A different flavor of proportional giving argues that there are good reasons why the New Testament doesn’t recommend tithing. It looks to the suggestions Paul made in I Corinthians 9 as being not only more realistic giving guides but actually more demanding than tithing. These suggestions might be more in line with Jesus’ own words and actions. While encouraging the rich young man to give away everything, it doesn’t appear he made the same suggestion to the “many others” who supported him and his disciples “out of their resources.”

This notion of proportionality focuses on equity. It doesn’t claim some kind of biblical socialism, a leveling of rich and poor, but acknowledges the goodness of a surplus of material goods as the ability to meet the basic needs of others.

Whether a pastor or stewardship committee wants to emphasize tithing or proportional giving or a little of each, we hope they keep in mind one fundamental tool: percentage giving. Church Development has made percentage giving a focal point from our beginning decades ago, and we feel it’s essential to both tithing and proportional giving. Stewardship involves a prayerful assessment of one’s gifts AND thus of one’s grateful response to those gifts. It’s a far cry from pulling a $20 out a wallet when the collection plate comes around, or simply pledging the same amount this year as last.

Only a prayerful assessment of one’s income and assets, and one’s expenses and responsibilities, seen through the lens of an attitude of gratitude, can determine what the gift to the church should be. We strongly suggest that has to be a percentage calculation. 10% may or may not be the goal, but it’s certainly a number to consider, either in saying, “I can do that,” or “Given my situation, I can do 4% now and I’ll do my best next year,” or, “I’m very comfortable… I can give 15-20% out of my surplus and be just fine.” Only through an emphasis on percentage giving can a person really evaluate their growth in stewardship.

Consider this topic as a conversation with your stewardship committee. Does it impact the way that you market your annual campaign? Does it open opportunities for real conversation about finances that are often difficult to initiate? 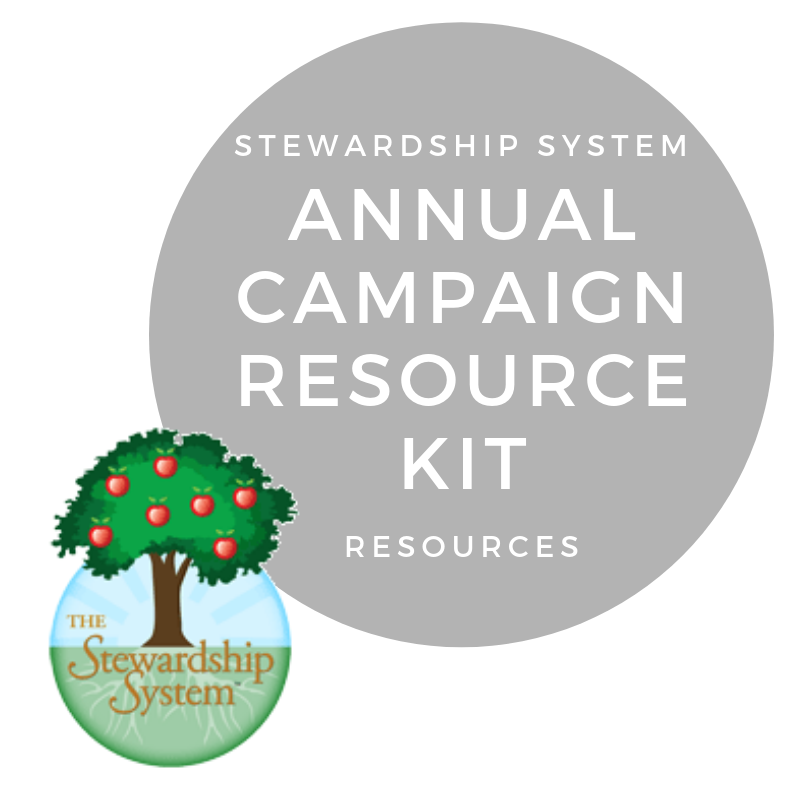 For more helpful hints about growing annual giving and inviting members to respond generously to God's blessings, download our guide on how to run an annual stewardship campaign. With an emphasis on prayer and community-building, churches regularly see a 10% increase in annual giving using this model. Go forth and God Bless!